Our practice offers otoplasty, which can correct protruding or deformed ears for both children and adults. While plastic surgery to correct prominent or misshapen ears is typically performed by age 6, adults can have surgery at any age to correct unfavorably shaped ears. Plastic surgeons Craig Rowin, MD and Ram Kalus, MD can give your ears normal folds and proper angles of protrusion. Otoplasty or corrective ear surgery is generally a short, safe, and exceptionally successful procedure for improving both appearance and self-confidence.

Otoplasty, often referred to as ear pinning surgery, is a procedure designed to reshape or reposition one or both ears. For children and adults alike, the appearance of asymmetrical, enlarged, deformed, prominent, or protruding ears can be a source of great insecurity. Younger patients, particularly, can experience teasing and a loss of self-confidence as a result of an irregular ear appearance. For this reason, otoplasty is considered a very common pediatric plastic surgery procedure. To address your concerns, otoplasty can employ a number of techniques to modify the ear shape and/or adjust the ears’ projection from the side of the head to achieve greater facial harmony. The surgery can be performed on teens and adults, as well as children over the age of five.

Who is a Candidate for Otoplasty?

Potential candidates for otoplasty (boys and girls, men and women) should have fully developed ears, which typically occurs around age five. The surgery can benefit patients who wish to improve the look of:

In general, ear surgery can recontour the prominence of one or both ears to achieve a more aesthetic appearance, often re-creating the missing antihelical fold, or the fold just on the inner edge of the front surface of the ear, commonly absent in prominent ears. Depending on the age of the patient and their insurance company, the procedure can be performed as either a cosmetic or reconstructive surgery. Individuals considering otoplasty should schedule a consultation to be evaluated in person to determine if they are suitable candidates for such surgery.

How is the Otoplasty Procedure Performed?

The specific surgical technique used during otoplasty will depend on your cosmetic goals for the outcome. During the procedure, the ear cartilage is typically folded and sutured through a limited, well-hidden incision made on the back of the ear, along with the possibility of a very small incision in the shadow of the upper curved portion of the anterior ear. Dr. Rowin or Dr. Kalus will then resculpt and reshape the cartilage, and/or pin back the ears to achieve your desired aesthetic. Usually an outpatient procedure performed under general anesthesia, the process can take up to two hours to complete both ears.

Following the procedure, a soft bandage is typically worn over the ears for 7-10 days. There may be some bruising or swelling after surgery, but these reactions are to be expected and should dissipate as the healing process progresses. It is normal for the ears to feel tender for a few days after otoplasty. After a few weeks, daily activities can be resumed. Often, it is recommended that patients wear an athletic headband at night for about six weeks after surgery. Our plastic surgeons will provide more detailed recovery information in person, such as when children can expect to return to school and begin athletic activities . To learn more about this confidence-building cosmetic surgery procedure, contact our office to schedule a consultation with Dr. Rowin or Dr. Kalus.

How Much Does Otoplasty Cost?

The price of otoplasty varies considerably by geographic region, as well as by the expertise of a given plastic surgeon. Ultimately, your surgery costs will be determined by the details of your personal treatment plan. The cost of otoplasty surgery in our office can start at approximately $2,500.00. This figure is not necessarily the quote you would be given during your consultation, but it may be able to serve as a general approximation until our office can provide you with a personalized quote during a consultation.

To help patients receive the enhancement they desire while adhering to any budgetary concerns, our practice works with CareCredit® to make the cost of treatment more manageable. If you have any questions about the cost of otoplasty, please reach out to our practice to speak to a friendly member of our office.

Torn or split earlobes are a common problem for women more than men. While they have traditionally resulted from situations like a dangling earring getting caught in a telephone cord, these days torn earlobes may occur from a toddler or infant accidentally pulling on an earring, or individuals repeatedly wearing large or heavy earrings that end up tearing the earlobes over time.

Repair of split ear lobes is one of the most common procedures our plastic surgeons perform. In fact, ever since Dr. Kalus successfully performed bilateral reattachment of the ears on a young lady who had accidentally had them both cut off, he has had great interest in reconstructive ear surgery— both cosmetic, and following skin cancer removal.

This surgery is performed in the office under local anesthesia and takes about twenty minutes. Unfortunately, insurance does not usually provide coverage for this procedure since it is considered cosmetic.

Dr. Kalus has performed hundreds of ear surgeries. Click Here to read an article that was written about and emergency ear attachement story that Dr. Kalus performed.

Dr. Rowin and Dr. Kalus can reduce the appearance of prominent ears and repair torn or damaged earlobes with that can look entirely normal and, often, with no visible scar. Please contact Plastic Surgery of the Carolinas for more information, or to schedule a consultation.

“I can’t thank you enough for your care throughout my entire experience at your office. I am beyond pleased with my results and overwhelmed by your patience and kindness. You have my highest recommendation for any new patients.” Read More
*Individual results may vary. 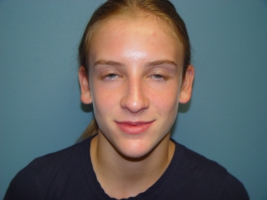 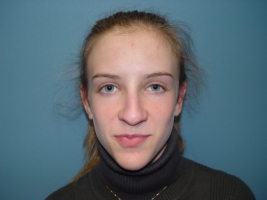 Can You Reduce Your Breast Size with Diet and Exercise?

When the pain and uncomfortable symptoms caused by large, heavy breasts place burdens on your daily life, the need for... Continue Reading

How to Fix a Broken Nose

A broken or fractured nose is one of the most common facial injuries treated in the country. This injury can... Continue Reading